From an inn to
the character hotel

Who we are.
How we tick.

At the Hotel Strasser we welcome all guests who are looking for a comfortable hotel with character. It’s a place where travelers can indulge themselves. We welcome our guests with high quality and personal service.

Whoever has character has evolved over time. The centrally located Hotel Strasser has changed many times since it was built around 1900. There is a lot to discover in the historic walls: pompous Mediterranean flair, playful Art Nouveau, modern amenities. As diverse as Graz itself. In coexistence with each other, merged as an overall picture - to the unique Hotel Strasser.

Only those who know each other well enough are ready for cooperation. After more than 100 years as an inn and hotel, the Strasser knows about its personality - and was therefore convinced that the Best Western was a good choice. Because the global brand brings quality standards that suit the hotel in the heart of Graz well. In addition, all Best Western hotels are owner-managed: the Strasser thus retains its freedom to remain true to its own individual character. We proudly announce that we are part of Best Western since September 2021.

Thanks to many years the Hotel Strasser was able to develop. From an inn to a hotel, from the newly constructed building to historic walls with soul. Central: back then, just as today. What has happened during all that time?

Josefa Strasser: called to be head of the inn

In the beginning there were Theodor and Josefa Strasser. They ran the Gasthof Strasser on the Eggenberger Gürtel. First together, from 1930 Josefa was a widow and solely responsible for the inn. Josefa managed the Hotel Strasser with entrepreneurial skill for over 50 years: the hotel owes a large part of its personality to her. A certificate of honor from the inn owner Josefa Strasser reports about it until today. Can you spot it in the hotel lobby?

At the beginning of the 20th century, the Eggenberger Gürtel was a strategically smart place to stay: at the turn of the century, the Graz main train station (back then known as the “Südbahnhof”) has already been in the immediate vicinity.

Many accommodations have arisen in the Grazer Gries. The Strasser has remained to this day.

In addition, the district of Gries was part of the former ‘Murvorstadt’, which was outside the city walls. As the center of the district, Griesplatz was on the main connection from Vienna to the south, be it Trieste or Ljubljana. That made it the focal point for visitors to Graz or people passing through. 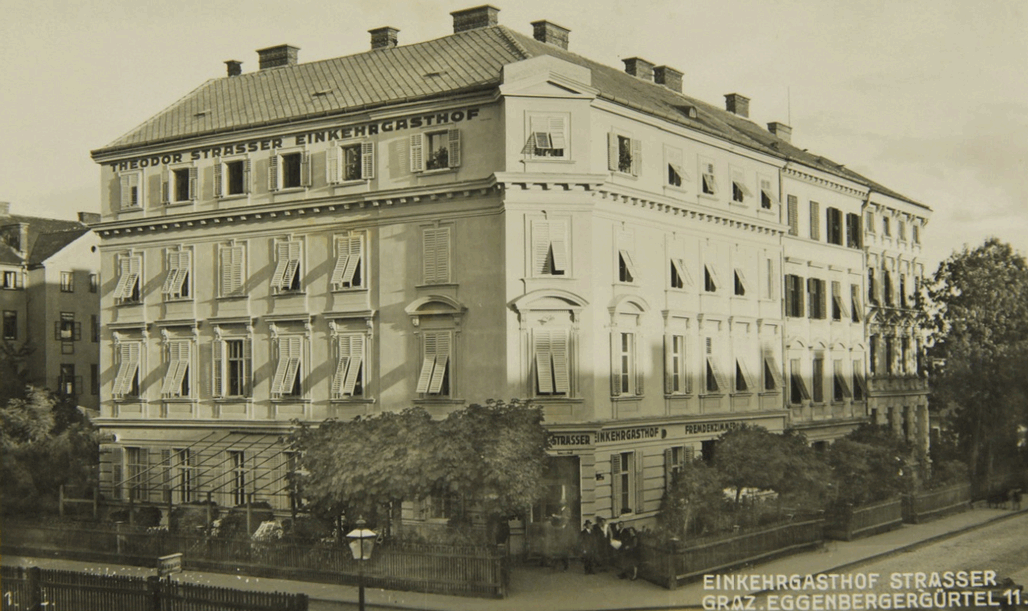 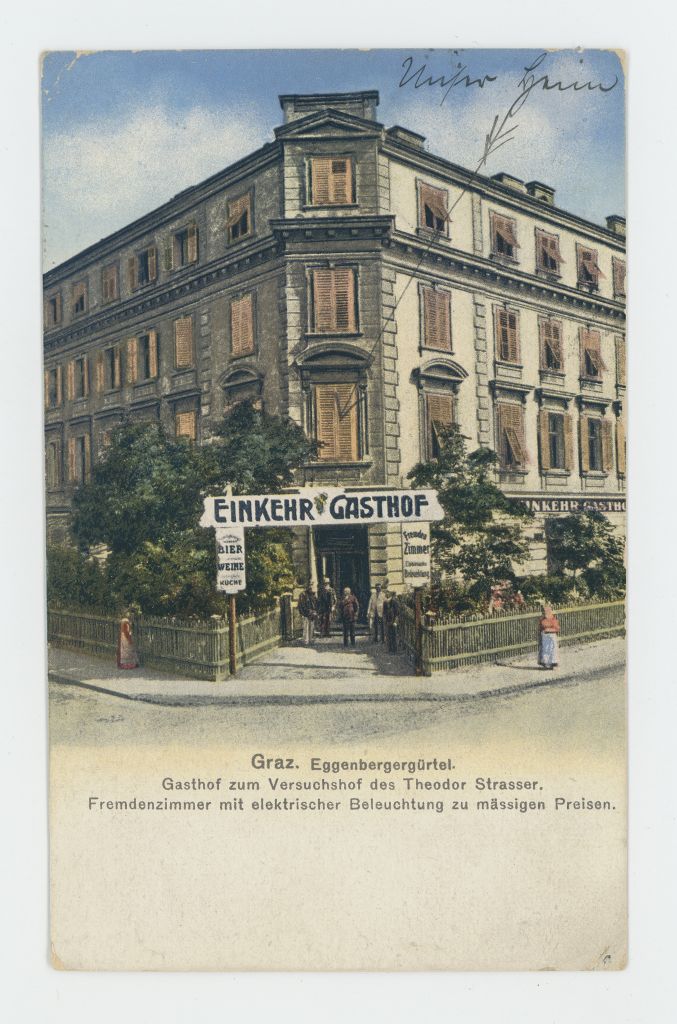 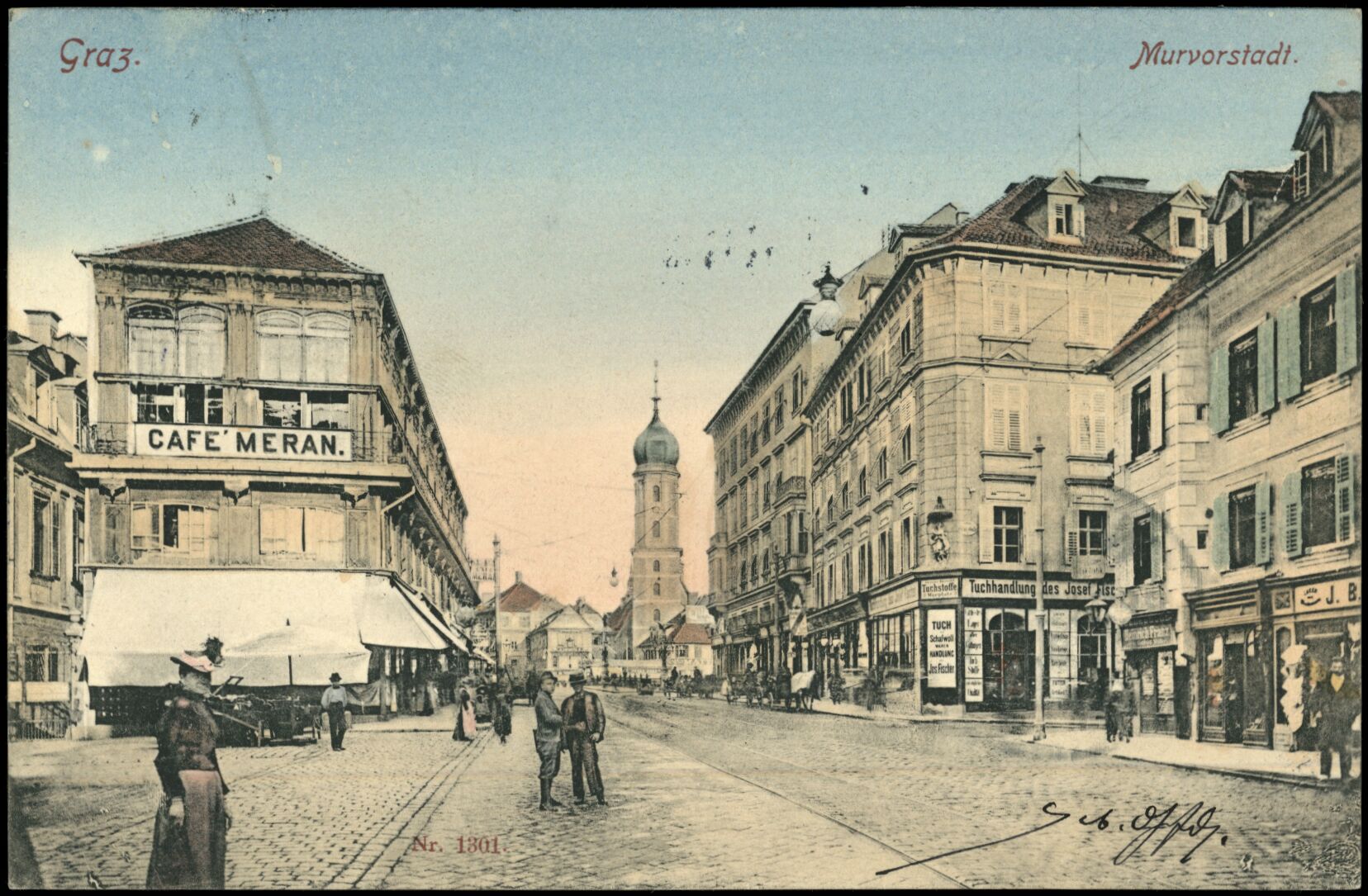 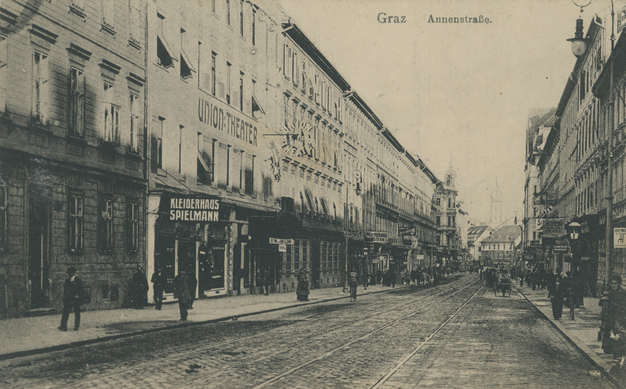 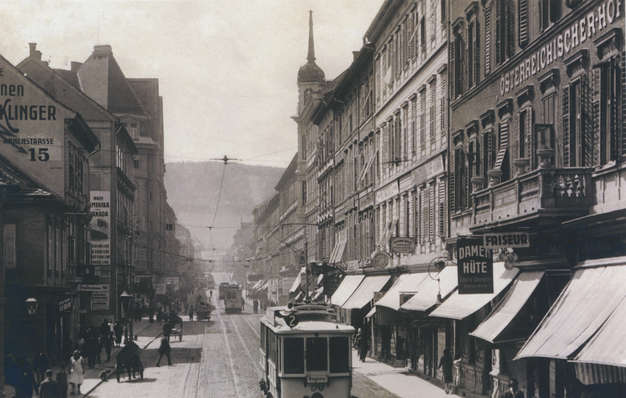 Graz is waiting for you!

Please be aware of the current Covic-19 measures in Austria. You can find all up-to-date information on: